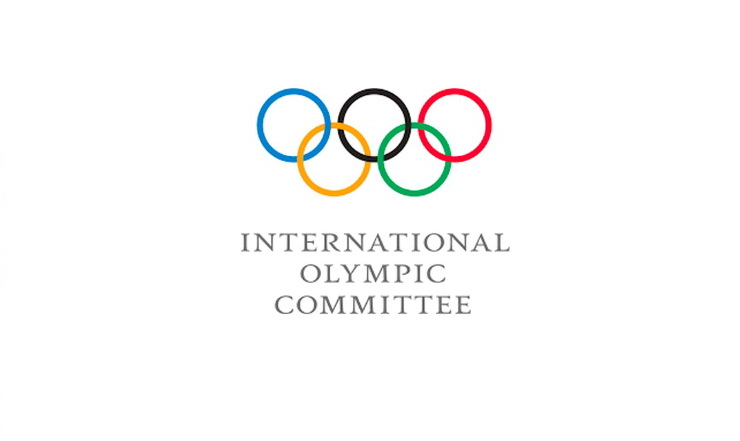 My name is Jonathan. You don’t know me. Nobody does. My shtick is very old and was arguably never interesting or worthy of people’s attention in the first place. In that way I share something in common with your colleague and fellow Committee member, John Coates, about whom I’m writing to you today.

On Wednesday, Mr Coates did a press conference with the Premier of Queensland, Annastacia Palaszczuk. At the press conference Mr Coates told the Premier she would be attending the opening ceremony of the Tokyo Olympics; she had previously made it clear she would not be going. He adopted the tone of a high-powered businessman in a 1980s Hollywood film telling his daughter she will be turning up to the country club to serve hors d’oeuvres on the weekend instead of staying at home to practise Atari in pursuit of her dream of becoming a world-class Pitfall! player.

It caused quite a stir in Australia. Commentators and members of the public have variously described it as “a foul masterclass in mansplaining”, “the most extravagant display of furious, albeit clothed, public masturbation I’ve ever seen”, “John being John”, “the tour de force of a pestering old fuckwit”, “the sort of behaviour that if exhibited by a woman would lead to yet another round of witch trials”, “some decrepit nobody doing what decrepit nobodies do best”, “pathetic dickswinging from a man who could produce little more than a barely perceptible wobble”, “swaggering drivel presented on a tepid bed of reheated privilege”, “a new, particularly offensive, expulsion from a lingering fart of a man”, “egg-breathed misogyny” and “something every single woman is familiar with”.

I think some of that is slightly over-the-top. I mean, who among us can say we haven’t folded our arms, plucked at our woefully undersized facemask, given a David Brent-esque flick of the tie and demanded with browbeating self-importance that the head of a government must appear at an event? I did it to Xanana Gusmão in 2009 when I was a member of the Burwood Smorgy’s Alumni Association (and was taking sensible precautions against the H1N1 pandemic).

No, what I saw was a confident man who loves telling people what to do engaging in his favourite activity. The fact that he has no grounds for confidence and is terrible at giving instructions or explaining himself or exhibiting basic courtesy or conceding that he may have come across as at least a bit of a wanker or making any germane points at all is really beside the point. Mr Coates is a go-getter.

The problem at the moment is that people around the world, but especially in Australia, would like him to go and get fucked.

So here’s my proposal. It’s a real two-birds-one-stone clinker of an idea, I think you’ll agree.

You see, from where I stand this incident has brought about a challenge as well as an opportunity. And the opportunity comes from the fact that, just like you, the Commonwealth Government all of a sudden has a very significant public relations disaster on its hands.

At the same time, the Commonwealth Government has buggered up the rollout of the COVID-19 vaccine and now citizens are confused about when, where and how to get vaccinated. Some are naturally hesitant. Some assume vaccines are months away. Some have become perplexed or frightened by bad or poorly-communicated information.

Two ad campaigns have come and gone and both have been about as persuasive and edifying as the spec sheet for the Therabody.

Let me stop beating around the bush – I know Mr Coates would appreciate that (and probably tell me to brush my teeth using an egg timer and go to bed early and then tell me the history of egg timers and some quasi-science around dental hygiene, even though I’ve never met him and am an adult and I’ve already brushed my teeth).

The Commonwealth Government should cast John Coates as the star of their third, final and triumphant COVID-19 vaccination ad campaign.

The camera is trained on a besuited man with sandy red hair, cut in the Greg Sheridan style. We, the Australian public, are looking at him through a perspex partition. He turns to us and fiddles with his lanyard. It’s John Dowling Coates. He has some peanut butter in the corner of his mouth (this is for verisimilitude and would contribute to the rawness of the ad). He folds his arms and leans back in his chair and stops looking at the camera, but despite the lack of eye contact and the hectoring, slightly Kermity, voice, what he says next is memorable, powerful.

“You are going to get a COVID vaccine. I am still the Deputy Chair of the Vaccine Uptake Leadership Group…”

Here he pauses for the inevitable: every person watching their television at this moment laughing long and hard.

“… and as I understand, there will be COVID still floating about in this country until 2032 unless you all get along and get to your GP or pharmacist.”

We fade out and fade straight back in.

Mr Coats glances at the camera briefly and then, addressing us but looking elsewhere, he asks, “You’ve never been vaccinated for COVID-19 before have you?”

The camera shifts left and right as if we, the ignorant Australian public are shaking our dumb-dumb heads.

“You don’t know the protocols,” he explains helpfully.

We fade in and out again.

The Great Communicator is there again; we see him through the partition now flecked on his side by spittle.

“I think it’s a very important lesson for everyone…” he continues, playfully leaving the sentence unfinished.

And then the coup de grace.

“I think the vaccine program costs 1.5 to 2 billion dollars. It’s a major exercise for any government. And my very strong recommendation is that you get vaccinated and understand it.

“None of you are staying behind and hiding in your rooms, all right?”

We fade to black and then that extraordinary, poignant message is repeated in white lettering:

None of you are staying behind and hiding in your rooms, all right?

The Australian Government logo sits underneath.

What do you think?

Will the public go for it? Well, we know that Australians are very happy to vote for an overbearing, bullying, know-it-all in frameless glasses who thinks he’s always right and has highly questionable beliefs about women. Why wouldn’t they want to have vaccine instructions yelled at them by one?

I think it’s so strong that if the ad went to air by the end of July we could get to a 100% second dose rate before the end of August. And if that happens, imagine how quickly Mr Coates’ reputation will be repaired. Australians will lift him onto their shoulders and scream “Thank you! Thank you, John, for reminding me what an unenlightened slob I am and demanding I get vaccinated purely for the sake of official procedure!” We will present him with a gold medal for winning what some describe as the most important event of all: the event of Life.

Now, speaking of official procedure, before you answer, I should make it clear that I am not making this proposal on behalf of the Commonwealth Government. The Commonwealth Government has a strict policy of only directly acting on matters such as carparks, sporting facilities and information on toilet doors. When it comes to much less important affairs, such as public health, they wait for others to unofficially approach organisations with well-considered ideas and then take the credit for them when and if they come off.

I’m OK with that. I don’t want to offend anyone.